Share your pics of just four of the sixteen Humboldt sweet spots below and a comfy tee is yours free. Details below.* 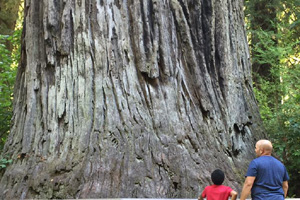 This old growth giant in Redwood National & State Parks has a circumference of 68 feet. This tree lives up to its name! On the Newton Drury Scenic Parkway, the tree is about 1,500 years old. 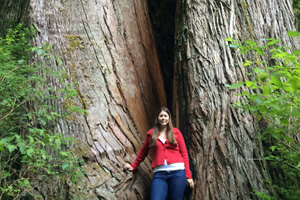 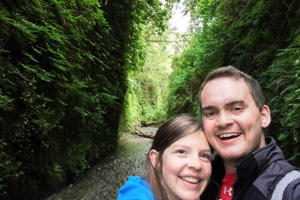 3. Fern Canyon
This hidden coastal gorge has 80-foot sheer walls draped with rare ferns dating back millions of years. Noted for its prehistoric beauty, this Prairie Creek Redwoods State Park gem is a favorite location for dinosaur programs and movies like Jurassic Park 2. 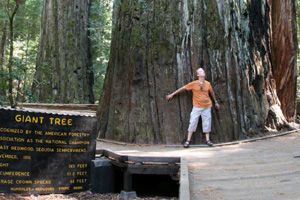 4. Giant Tree
Not the tallest, but it's pretty much the best in show. Designated the National Champion Coast Redwood for having the best proportional balance of height, diameter and crown spread, this awesome specimen in Humboldt Redwoods State Park could be dubbed Big Beauty. 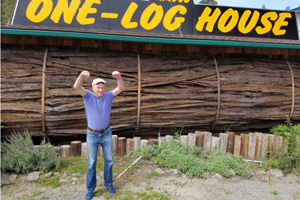 5. One Log House
This world famous home, 8 miles south of Garberville and 1 mile south of Richardson Grove on the east side of Hwy 101, is made from one giant hollowed out redwood log! 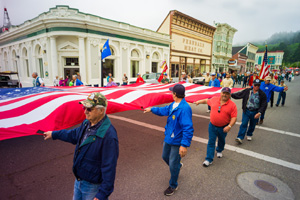 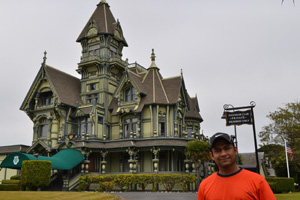 7. Carson Mansion
America's most photographed Victorian home displays the beauty and strength of redwood timber. Built in 1886, this Old Town Eureka home is one of the finest examples of American Queen Anne Style architecture. 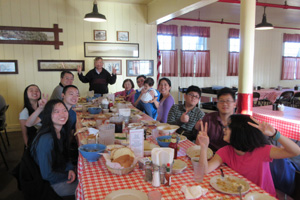 8. Samoa Cookhouse
From Eureka, drive a few minutes west across the Humboldt Bay bridge to this landmark eatery, the last surviving lumber camp-style cookhouse in the West, which has been serving hearty meals since 1893. Don't miss the timber and marine heritage museums too. 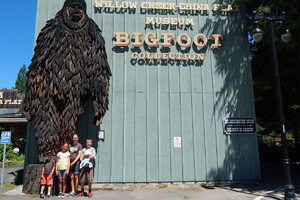 9. Bigfoot Statue
Which one? Any of them! There's plenty in Willow Creek, the Bigfoot capitol of the world. See the museum in the town where the legend began, and the national forest where the infamous Patterson Gimlin film footage was filmed. 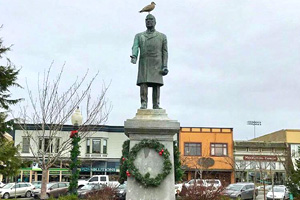 10. Arcata Plaza
The central hub of one of California's most progressive towns, this grassy square is surrounded by upscale bohemian shops, galleries and cafes. Bonus style points if you take a picture with the President McKinleyville statue in the center or during the Farmers Market on Saturdays. 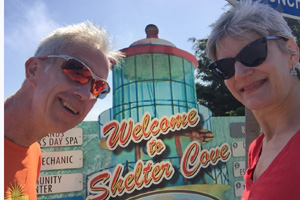 11. Shelter Cove
The only settlement on the fabled Lost Coast, the longest stretch of wild shoreline in the continental United States, Shelter Cove has lots of eye candy to choose from: Black Sands Beach, Point Delgada, cliffside inns, fishing boats in the cove, and the retired Cape Mendocino lighthouse. 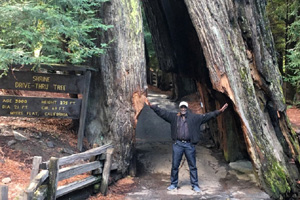 12. Shrine Drive-Thru Tree
The most distinctive of the three drive-thru trees on the Redwood Coast is this one on the Avenue of the Giants. Unlike the others, nature, not man, carved most of the tunnel in the Shrine Tree, located in the town of Myers Flat. 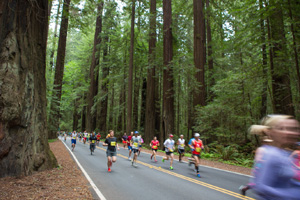 13. Avenue of the Giants
This renowned stretch of historic U.S. 101, which parallels the modern highway for 30 miles in southern Humboldt County, showcases the largest and densest stands of giant redwoods. It has been called the most beautiful forest drive in the world. 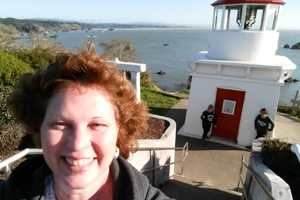 14. Trinidad Memorial Lighthouse
An exact replica of the working lighthouse hidden on the far side of nearby Trinidad Head, this picturesque monument overlooks a breathtaking panoramic expanse of the ocean, coast and harbor of the town of Trinidad, a historic fishing settlement that resembles a Cornish seaside village. 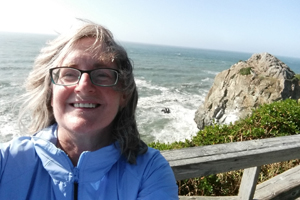 Tons of our friends have already earned their shirts. See them in all their selfy glory on Flickr.com.

*Post pics of yourself or travel pals on Facebook.com/RedwoodCoast or email to press@redwoods.info. We'll contact you for a mailing address, and promise not to share your information with a third party. The party stays in Humboldt. While supplies last. Photos may be used for limited promotional purposes, unless otherwise specified.